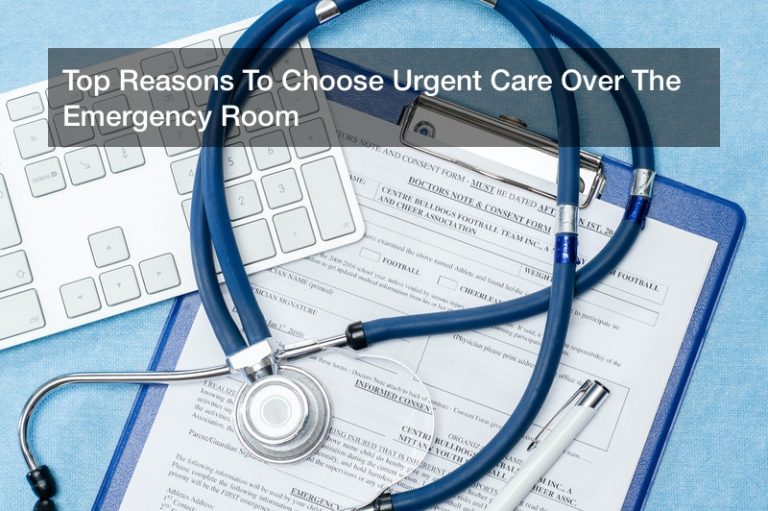 When it comes to choosing medical care, the choices are more than you might realize. The choice can be a difficult one as well, there is no doubt about it. But there are many reasons why you should choose an urgent care center over your local emergency room, some of which will be listed here. Of course, it is important to note that this is far from an all encompassing list but instead one that should be used as a frame of reference for even more extensive research.

1. Urgent care centers are becoming more prominent than ever.

There are many reasons to attend an urgent care clinic, and one of them is simply that such walk in clinics are easier to take advantage of than ever before. As a matter of fact, up to three million people will seek out medical care at an urgent care location over the course of a single week, receiving this care from the growing number of doctors working there. As of the recently gathered data, up to 20,000 doctors and medical professionals were employed at urgent care locations throughout the United States, but this is a number that is only on the rise.

The sheer number of urgent care clinics in this country helps to facilitate such things. As of the year of 2016, there were actually already more than 7,000 urgent care facilities found from coast to coast and everywhere in between. In the few years that have followed since, we can quite reasonably assume that this number has only continued to grow and grow – and likely will keep growing in the years that are ahead of us as well.

Going to an emergency room is a choice that will live you likely owing a considerable amount of money. As a matter of fact, it is not uncommon to spend at least $500 on an ER visit of any kind. On average, people who go to the emergency room spend more than $1,000 – sometimes way more than that, for that matter.

In many cases, the opportunity to save time is just as important as the opportunity to save money – and sometimes even more so, for that matter. At your local emergency room, there is only a very small chance that you’ll be in and out in a timely manner. After all, the average ER waiting room period before seeing a doctor typically lasts at least one full hour – and oftentimes even longer than this. For many people, this is hugely detrimental indeed, as they will then spend a few MORE hours in the process of slowly getting the assessment and medical treatment that they are in need of. Unfortunately, doctors are all too often overworked and emergency rooms understaffed and overcrowded, meaning that timely care often becomes quite impossible indeed.